Latest news from our Unexploded Ordnance (UXO) Specialists on the ground. This week have been providing UXO Support for a client working on a commercial project located on an old airfield site in the UK, and have so far recovered several 10lb and 11.5lb WWII-era practice bombs.

All items were inspected and collected by the Army bomb disposal team to be safely destroyed.

We are continuing to support our client and will keep you updated if we discover any other interesting items of ordnance. 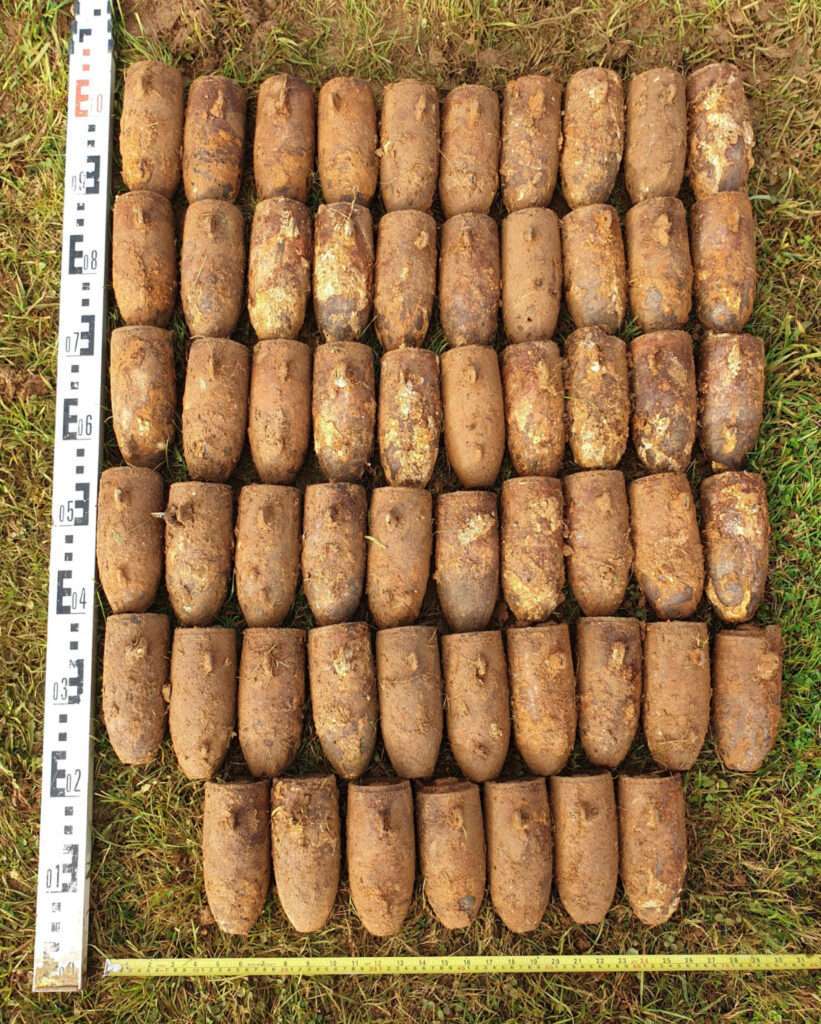 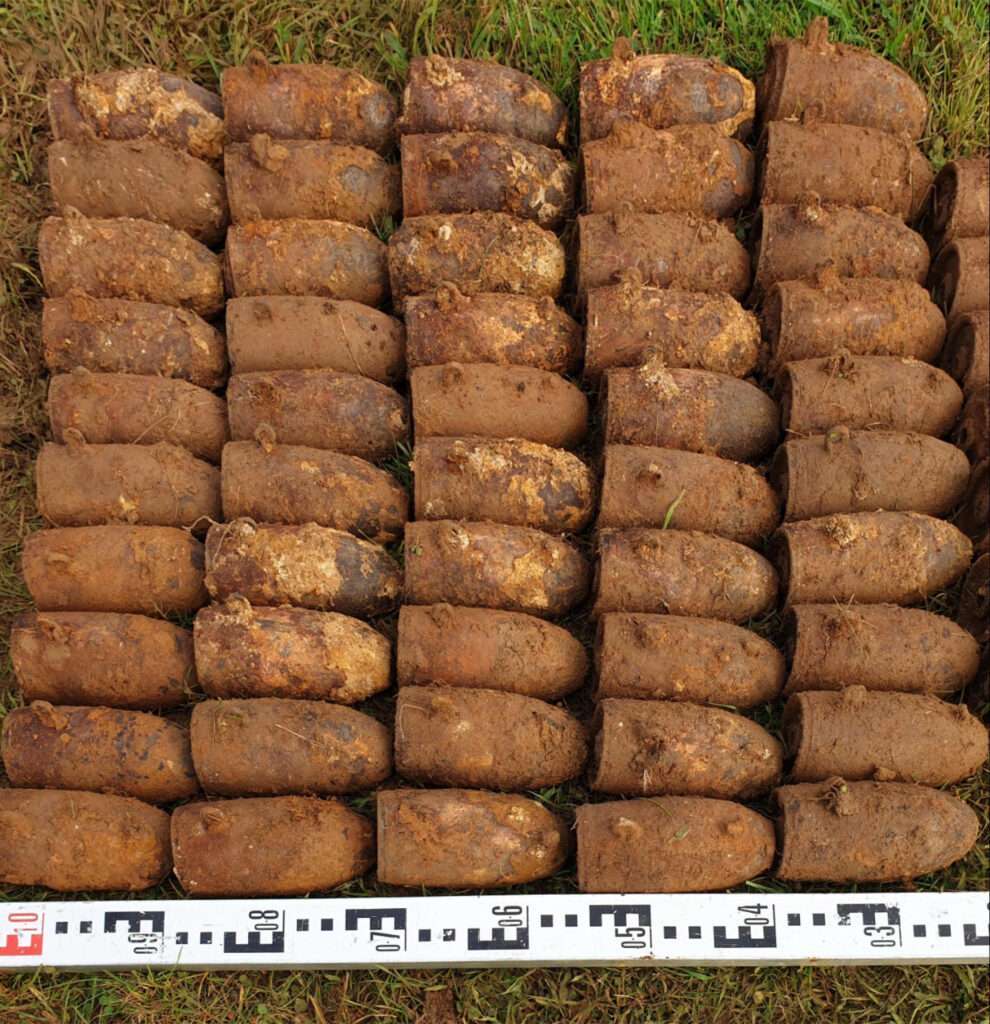 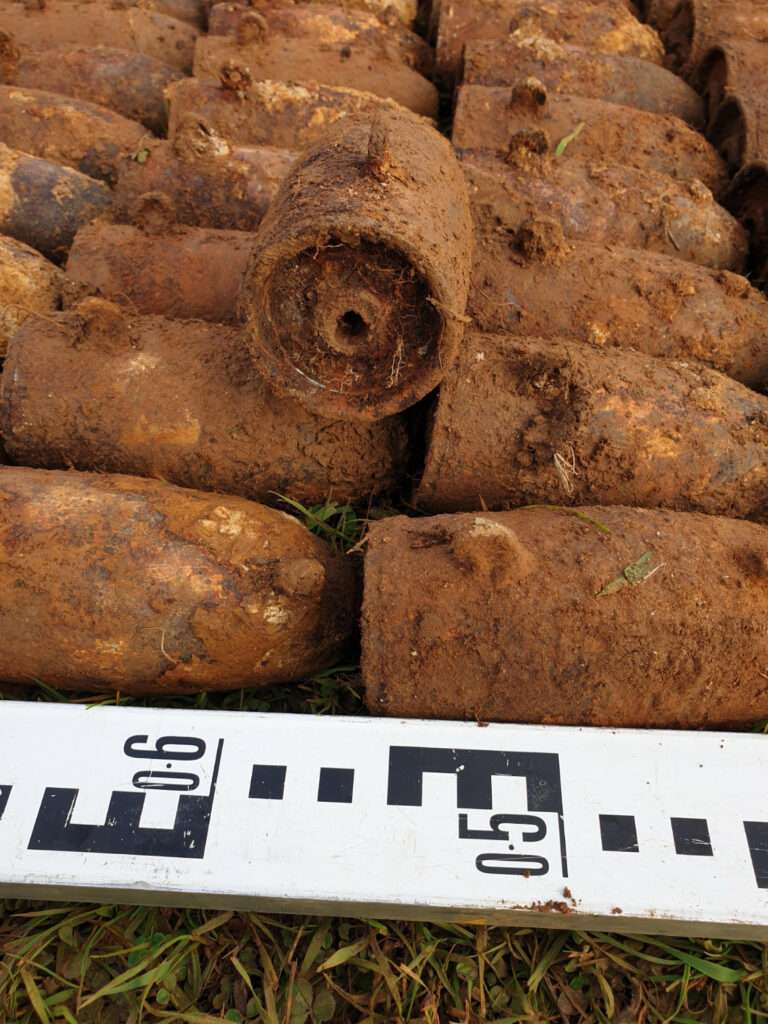 What is a practice bomb?

These small bombs were used to train and drill bomber crews and pilots on air-delivered bomb targeting, and can be quite commonly found in and around old bomber bases.

They would have generally been used for target practice on a designated area which is marked out as a large white circle on the ground. The practice bombs found this week were well clustered together, suggesting we are currently working in and around that target area.

They were found quite close the ground surface (practice bombs were not designed to penetrate deep into the ground) and our Non-intrusive UXO Survey magnetometer equipment identified these practice bombs with ease. 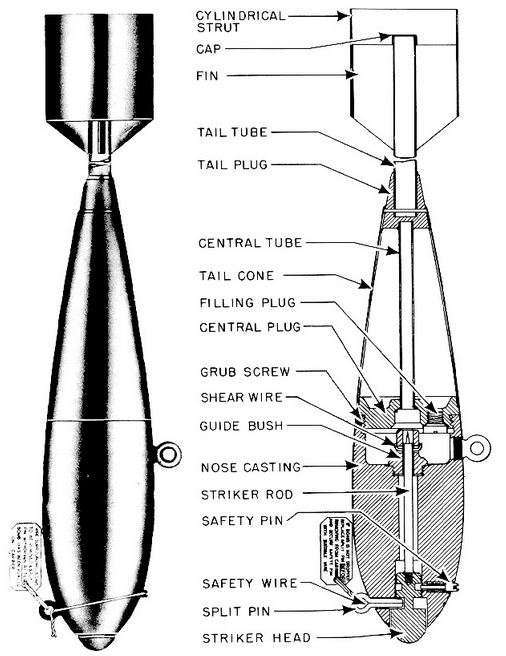 Diagram of a 10lb practice bomb 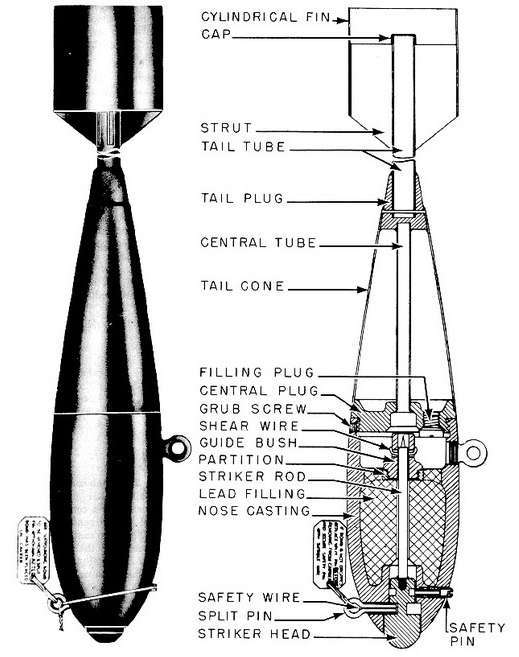 Diagram of a 11.5lb practice bomb

What hazards do practice bombs pose?

These practice bombs had a solid cast-iron nose with an axial bore, housing the striker head and rod – and a central plug housed the central burster tube.

They would have had a smoke filling used for daytime exercises, with some variants using a flash filling for night practice. The smoke or flash would have been initiated by a simple striker arrangement fuse.

Occasionally, the practice bombs would fail to detonate on impact and are sometimes found with their fuse and contents still intact – and the detonator burster and smoke filling in-particular can still be potentially hazardous.

Practice bombs should never be handled or interfered with, leave the item where you found it and report it to the police immediately or contact us for specialist UXO Services like ourselves for advice – we’re always happy to help.