This week, the 1st Line Defence Team have been working on an old airfield site location in Yorkshire.

In October we undertook a Detailed UXO Risk Assessment for the project prior to some planned ground investigation works. The client proposed to undertake a series of boreholes and trial pits across the site, which historical research indicated was located within the bomb stores area of the former airfield.

From previous experience we’ve observed that it was not uncommon for items of unexploded ordnance and other related components to be discarded, burnt or buried in and around the bomb store areas of historic military airfields – and this generally makes such areas one of the more ‘at risk’ zones within old airfield sites.

At one location, one of our UXO Specialists discovered approximately 40 x General Purpose (GP) Bomb Tail Pistols of various marks, including a Bakelite variant.

Most of the items were in good very condition and all were located in one area – most likely a burial pit that has been created specifically to dispose of them at some point during or after WWII. 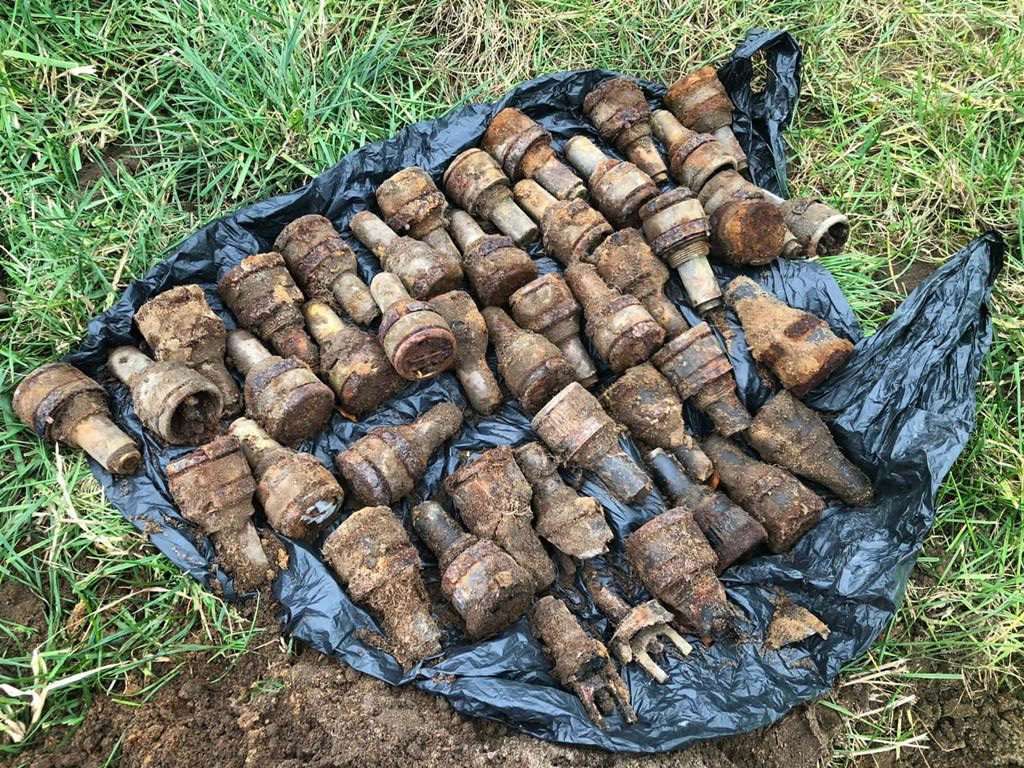 What is a Bomb Tail Pistol?

The purposes of bomb fuzes and pistols is to make sure that a bomb explodes at the right time, on impact and at a pre-determined time or height – and most importantly, not in the aircraft itself.

A fuze contains its own explosive charge within its body and was designed to initiate the main charge of the bomb itself. A pistol does not contain a charge- many were simply firing pins which struck a detonator on impact.

Other variants such as delay and long delay types were more complex as they were not designed to function immediately.

The pistols found in Yorkshire were mostly No. 28 Pistols and after careful investigation, we confirmed that no detonators were found buried with the pistols. They were all confirmed as inert and free from explosives, and all items were removed from the site location for safe disposal. 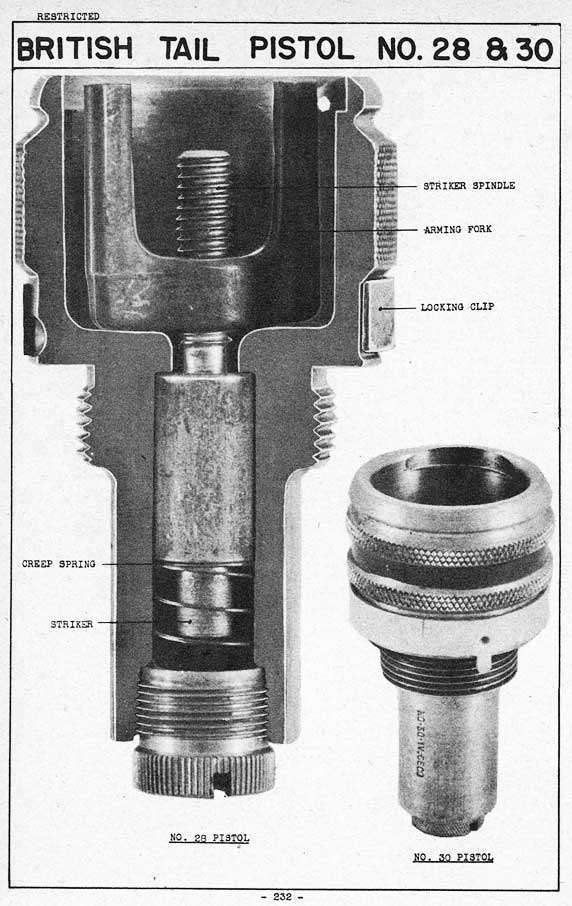 Example diagram of a No. 28 Bomb Tail Pistol

If you would like more information or general advice about our UXO Risk Assessments, contact one of our friendly Sales Team on + 44 (0) 1992 245020 or info@1stlinedefence.co.uk – we’re always happy to help.