Read about our latest project where a 3.7 inch Anti-Aircraft Projectile was found and safely destroyed

On Friday 25th June, 1st Line Defence were contacted to investigate a suspect item found during excavation works on a construction site in North London.

One of our senior UXO Specialists attended the site and inspected the suspicious item, identifying it as a live unexploded WWII-era 3.7 inch Anti-Aircraft Projectile. We coordinated the evacuation of the site and contacted Metropolitan Police and emergency responders.

An EOD team arrived on-site at 6.10pm and prepared the projectile for demolition. The item was successfully and safely disposed of at 7.35pm, and the remnants collected and removed from site.

It is not uncommon to encounter unexploded Anti-Aircraft Projectiles in the UK. They were fired in their millions, and not all functioned as designed, some falling back to earth unexploded.

It is presumed that this projectile originated from one of the Heavy Anti-Aircraft batteries in the area.

Defending the UK from Aerial Attack during WWII

During WWII, the War Office employed a number of defence tactics against the German Luftwaffe bombing major towns, cities, manufacturing areas, ports and airfields. These were broadly divided into ‘passive’ and ‘active’ defences.

If the projectiles and rockets fired from these guns failed to explode as designed they could descend back to land unexploded.

They were not designed for penetration, so are generally found at quite shallow depths. If encountered, these unexploded projectiles can pose a significant risk.

The 3.7 inch calibre gun was designated as heavy anti-aircraft artillery. This large Quick Firing (QF) gun was used to engage high flying enemy bombers. It fired 3.7 inch projectiles, weighing some 13kg, at a rate of ten to twenty rounds per minute.

The projectiles were usually fitted with a mechanical time fuze, with a high explosive fill of TNT/RDX.

Diagram of a 3.7 inch Anti-Aircraft Projectile

Watch a video of the detonation 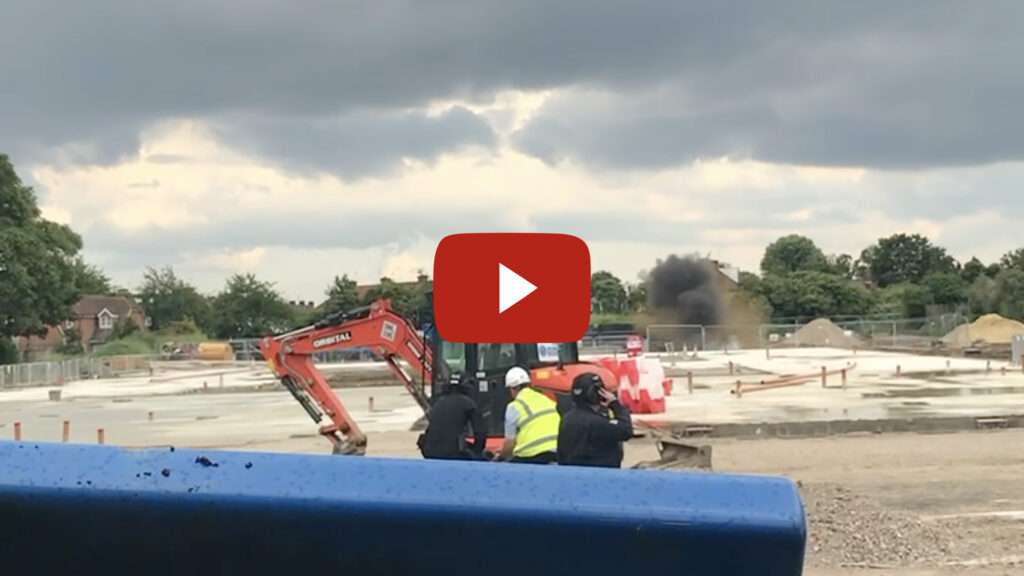 If you have any questions about UXO Support or UXO risk mitigation in general, contact one of our Sales Team on + 44 (0) 1992 245020 or info@1stlinedefence.co.uk